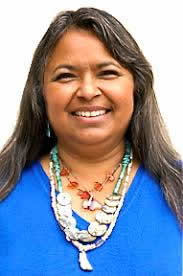 Ojai’s Chumash elder, Julie Tumamait, tribal leader of the Barbareno Band of Mission Indians, says that although the hill, which houses The Ojai Retreat & Inn is not a registered archeological site, she is quite sure the Chumash were here. The surrounding area toward the Ventura River was highly populated with a Chumash neighborhood and one or two major villages. The Retreat hilltop would have been an ideal location, being a small climb with a vast view, easily accessible and near the river where so many other villages were located. Unfortunately no archeological requirements were in place when The Ojai Retreat & Inn was built so it may have evidence of the original people in its foundation that we may never uncover.

Julie Tumamait (photo at right) is the spokesperson for Ojai’s original inhabitants. She advocates & educates about sacred sites & disappearing ways. She also serves on the State’s Native American Heritage Commission.

The Krishnamurti Campfires
The property that is now the Ojai Retreat & Inn was part of the adjacent Star Camp. Picture ‘Star Camp’ in a large field with rows of white canvas tents, next to the Oak Grove where Krishnamurti had his annual gatherings in Ojai California in the 1940’s.

Near the tents was a bathhouse and a makeshift kitchen to feed the thousands of people from around the world who had arrived to listen to J. Krishnamurti speak.

In the evening K would often lead many from the Camp on a walk up a winding path to the top of a nearby hill to enjoy a campfire and a group chant. This hill is now the site of The Ojai Retreat & Inn.

II. The Zalk Residence
Mr. Louis Zalk was a theosophist and industrialist who originally developed the property. Mr. & Mrs. Zalk purchased the property in the early 1940’s, which was part of the original property that Annie Besant purchased for J. Krishnamurti. The property that she purchased is now divided into ownership by the KFA, Krotona, the Oak Grove School and The Ojai Retreat and Cultural Center.

The Zalks built the house, which is now The Ojai Retreat and Cultural Center with a master bedroom, a bedroom for their children, the living room, a guest cottage and a garage.

The Zalks were great friends and supporters of Krishnamuti, who often frequented their home. Krishnamurti met with important people of the time, such as Aldous Huxley and Alan Watts in the living room, which now houses The Ojai Retreat and Cultural Center conference room. The Zalks’ lived in the house until the end of of the 1960’s.

IV. Therapy Group followed by Realtors
It was then purchased by a therapeutic group, who built on a second floor, and practiced there for approximately 14 years. Their greatest gift was to get a CUP (Conditional Use Permit), which has enabled the work of the Ojai Retreat and Cultural Center to be established. It was then purchased by two realtors from Los Angeles, who rented it out and it fell into disrepair.

Gradual Upgrades of the Property
It was through years of upgrades that it has become the beautiful and functioning sanctuary that it is today. It is now one of the key spiritual and educational centers of the Ojai Valley.

In 2008, The Ojai Retreat and Cultural Center completed a 1.3 million dollar renovation project:
• Two cottages on the west side were torn down and completely rebuilt from scratch.
• All 12 guestrooms were beautifully appointed to accentuate the connection with nature while offering the comforts of home.
• Each cottage was provided with outside private patios, kitchenettes, wifi and views as well as upgrades to plumbing, insulation and electrical.
• The conference room, the reading room and the kitchen were upgraded at the same time.

Significant additions included:
• The Waterfall Garden. The waterfall was remodeled to function beautifully and the adjacent grassy area was established in 2007.
• Newly paved Besant Road, an important achievement in 2014
• The Pink Moment Event Center for outdoor concerts, plays, weddings, receptions, and dinners in 2016
• The Mountain View Patio next to the Main House with spectacular views for dining or contemplation in 2017
• A Nature Path was established that encircled the property.
• The entire landscaping has been gradually improved on the entire 5-acre property.

The best way we have found to document the first 10 years of The Ojai Retreat and Cultural Center is through before and after photos. 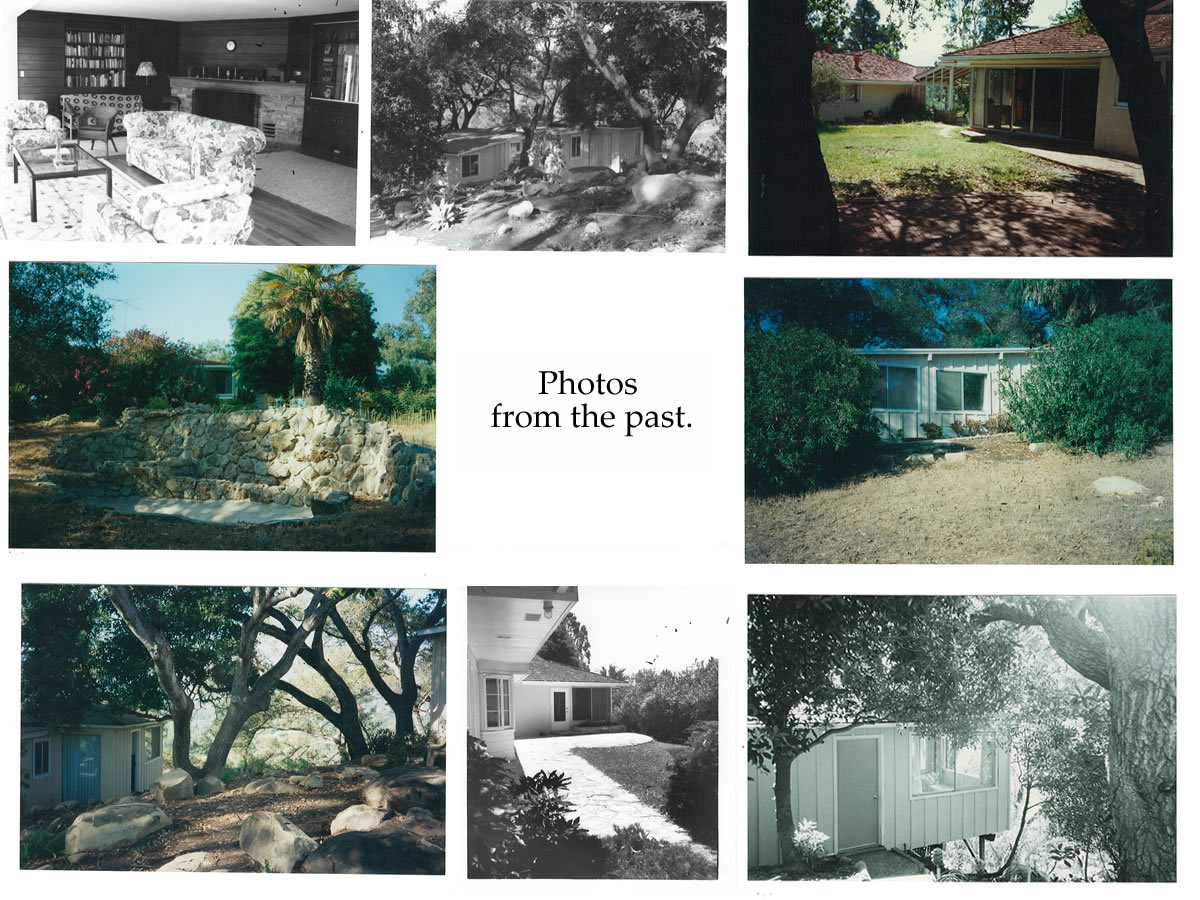