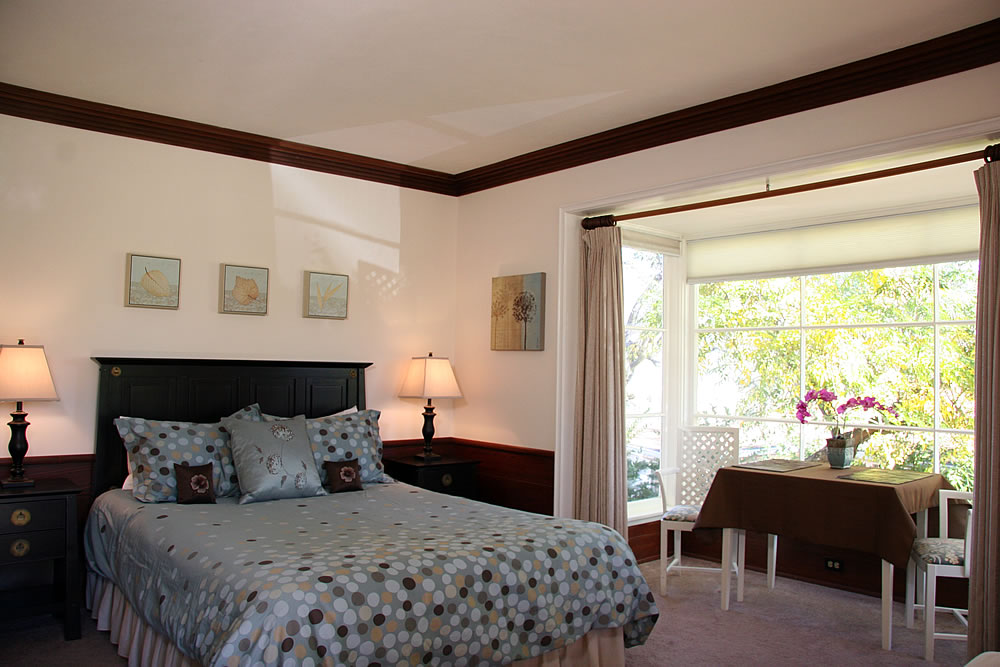 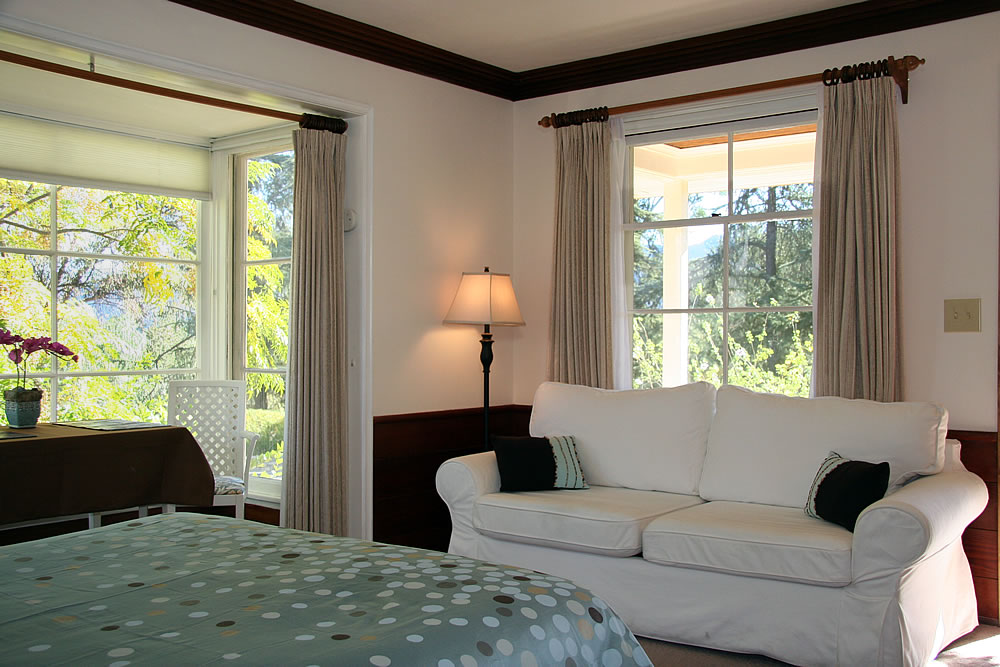 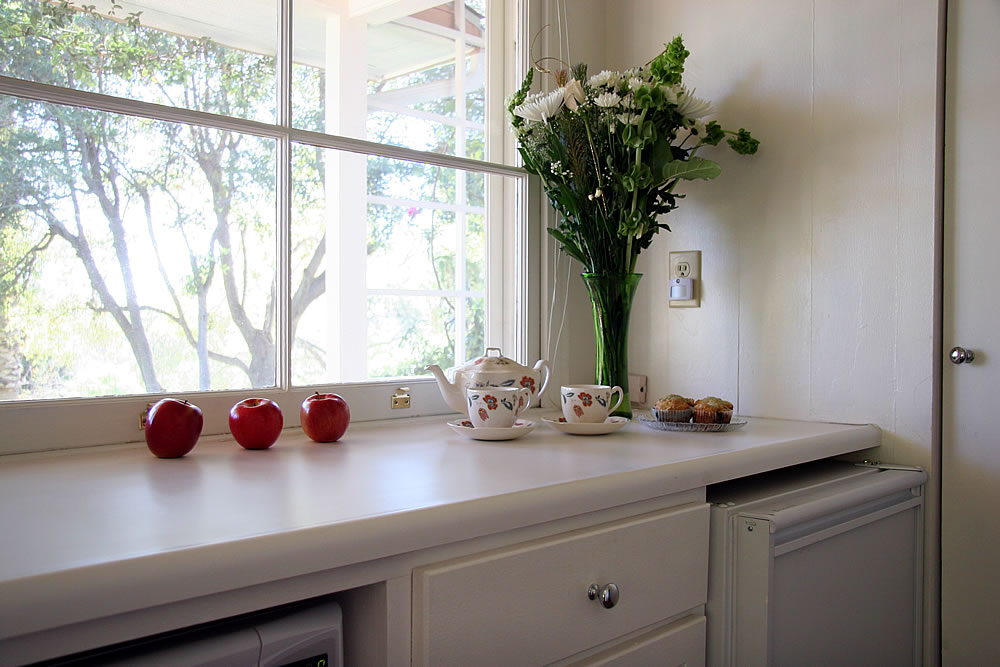 Up a flagstone staircase from the nearby parking lot is Bella Vista, which means beautiful view. From the writing table in the sun-drenched alcove you will see how aptly this room is named — with queen bed, pull-out sofa and full private bathroom with bathtub, microwave and refrigerator.